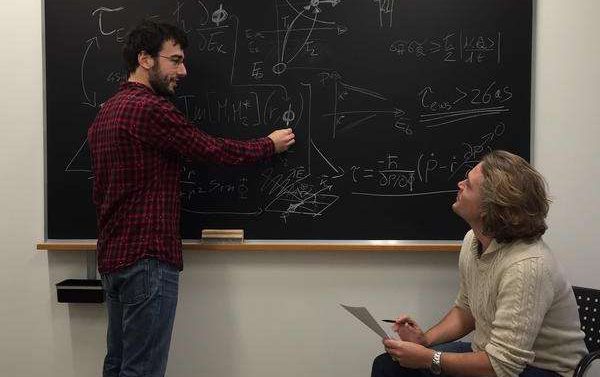 Measuring time without a clock

EPFL scientists have been able to measure the ultrashort time delay in electron photoemission without using a clock. The discovery has important implications for fundamental research and cutting-edge technology.

When light shines on certain materials, it causes them to emit electrons. This is called «photoemission» and it was explained by Albert Einstein in 1905, winning him the Nobel Prize. But only in the last few years, with advancements in laser technology, have scientists been able to approach the incredibly short timescales of photoemission. Researchers at EPFL have now determined a delay of one billionth of one billionth of a second in photoemission by measuring the spin of photoemitted electrons without the need of ultrashort laser pulses. The discovery is published in Physical Review Letters.

Although there has been great progress in using photoemission and spin polarization of photo-emitted electrons, the time scale in which this entire process takes places have not been explored in great detail. The common assumption is that, once light reaches the material, electrons are instantaneously excited and emitted. But more recent studies using advanced laser technology have challenged this, showing that there is actually a time delay on the scale of attoseconds.